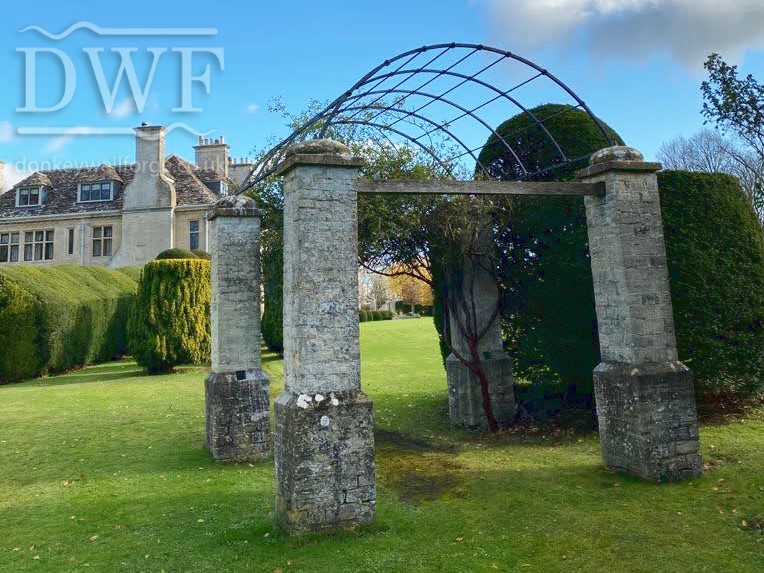 Commissioned by a private client, Donkeywell Forge was tasked with designing a set of traditional ironwork arches that would sit atop stone plinths that existed in the estate gardens. We produced two different 3D digital renders of our design for the client to have options to choose from. Once we had confirmed the design we began traditionally assembling the arches. Our blacksmiths manually punched and swelled the arched bars to thread the round bars through. Once the arches were assembled we finished by zinc coating and patinating them and then installed the ironwork a top the plinths. 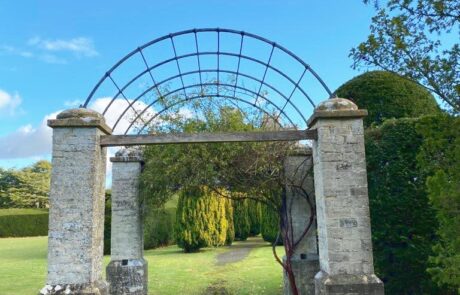 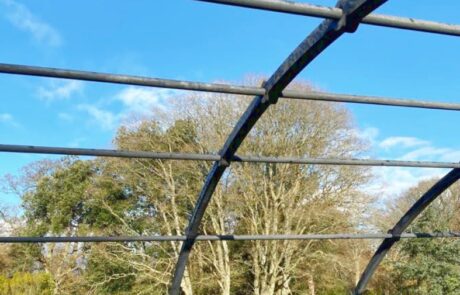 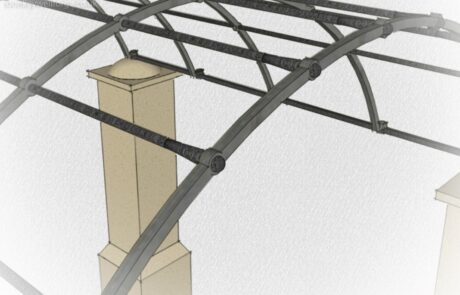 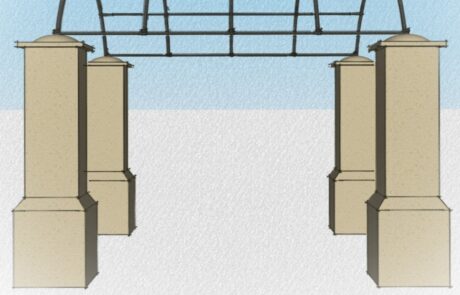 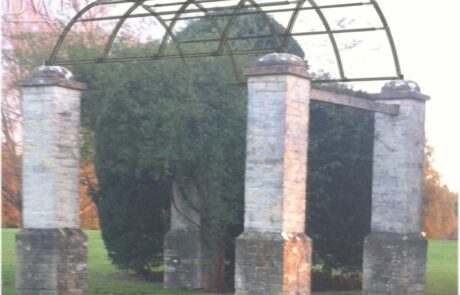