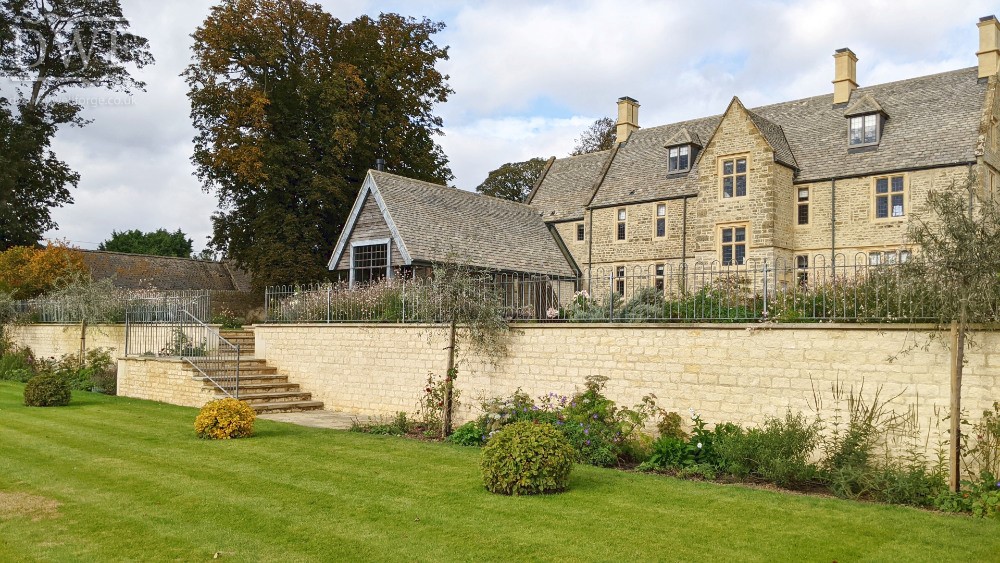 Donkeywell Forge was commissioned by a private client to produce a variety of ironwork items for the grounds of their property. This included garden arches, pedestrian gates, and railings. We worked closely with the client throughout the projects, from design process through to installation to achieve exactly what they had imagined when they envisaged the finished garden. 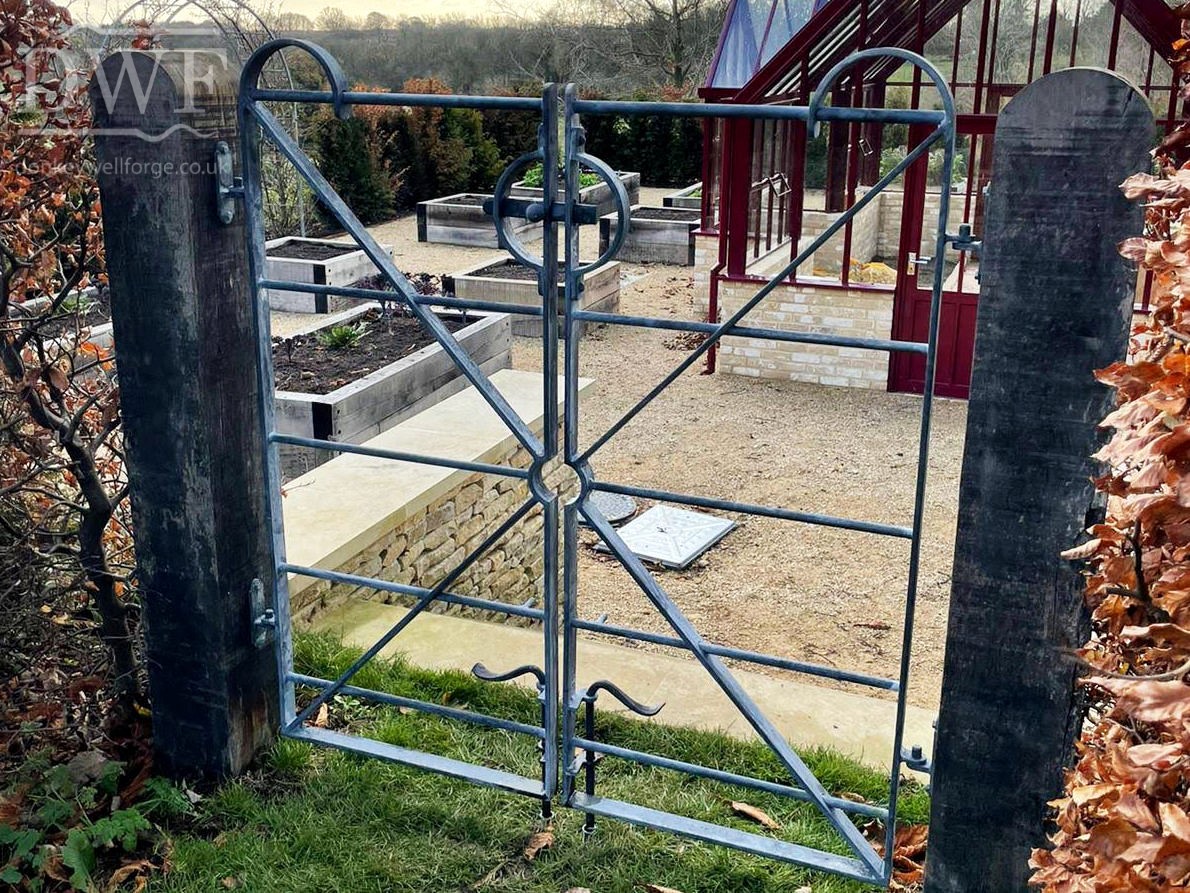 Donkeywell Forge was commissioned to make a set of 4 traditional estate style, pedestrian gates for a private client’s garden, one for their tennis court, two for their allotment and one near the entrance of the house. All the gates had to have the same resembling design characteristics. The client had a gate on the property that they wanted to use as reference. We worked closely with the client and produced digital renders of the gates in situ for their consideration. We forged and shaped the steel of the gates, making the latches, drop bolts and curved tops by hand. The gates were then finished in a patinated zinc coating to give the appearance of aged lead which would match ironwork we had made for the property previously. 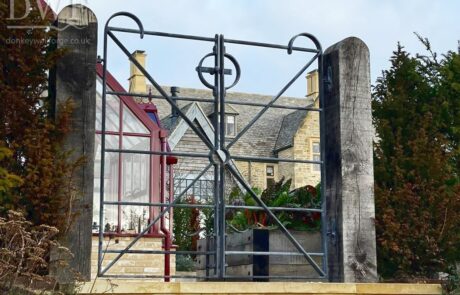 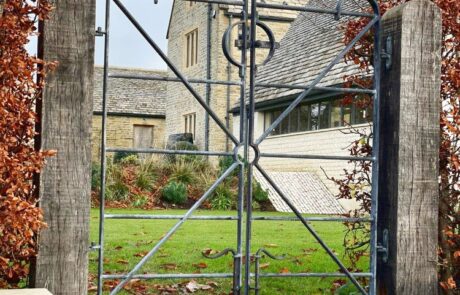 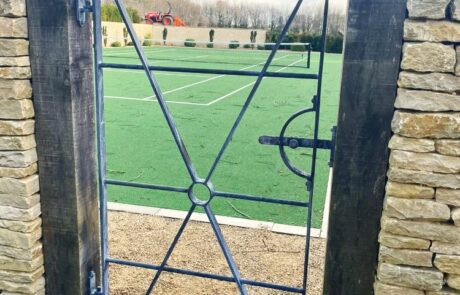 This part of the project required Donkeywell Forge to design, make and install over 60m of bow top railings and gates. We walked through the design process with the client, deciding exactly the type of railings, posts, post tops and gates that they felt would suit their surrounding garden. We were able to provide the details for the railings such as the cast rail heads for the post tops and the lead caulking for the base of the posts. To compliment the surrounding stonework, we also had all railings zinc coated and hand patinated them to achieve an aged lead appearance which was then carried on through the rest of the ironwork that would be provided for the project. 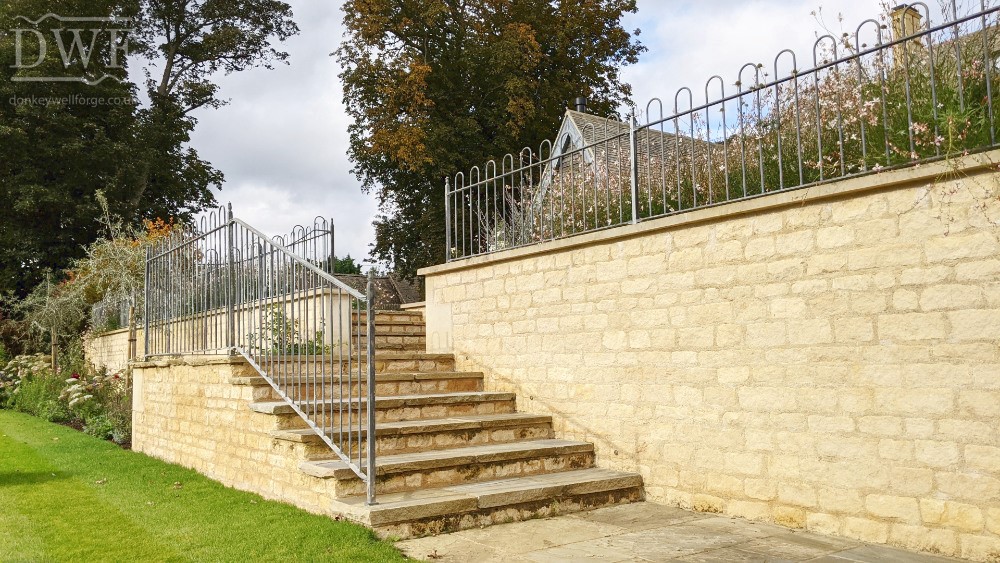 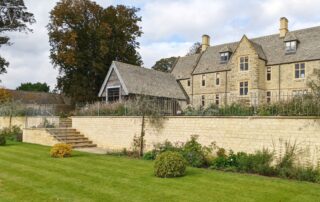 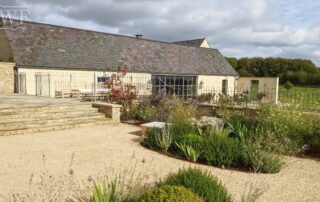 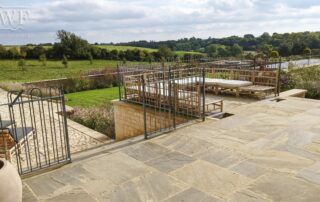 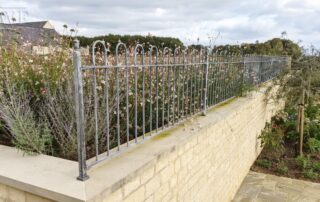 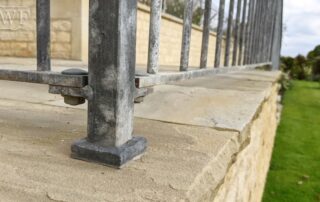 The client required two archways that would sit at either end of a lawn. The archways would provide structure for two crab apple trees either side to create walkways from one part of the garden to another. The arches we’re hand shaped at the forge to create the arches. We then had them zinc coated and patinated to give an aged lead appearance. 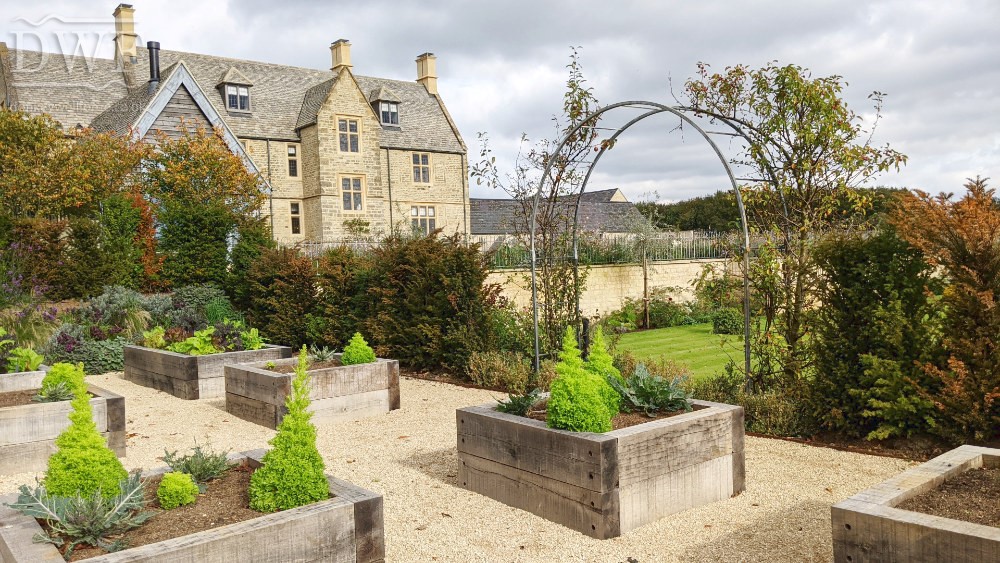 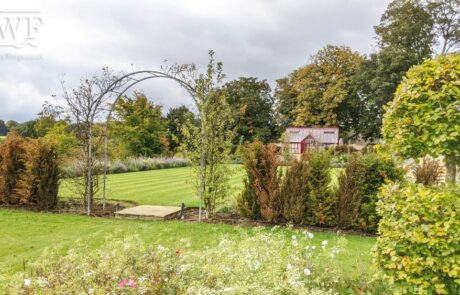 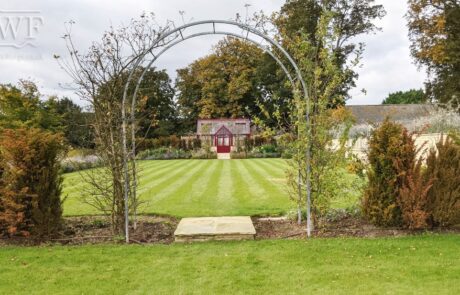