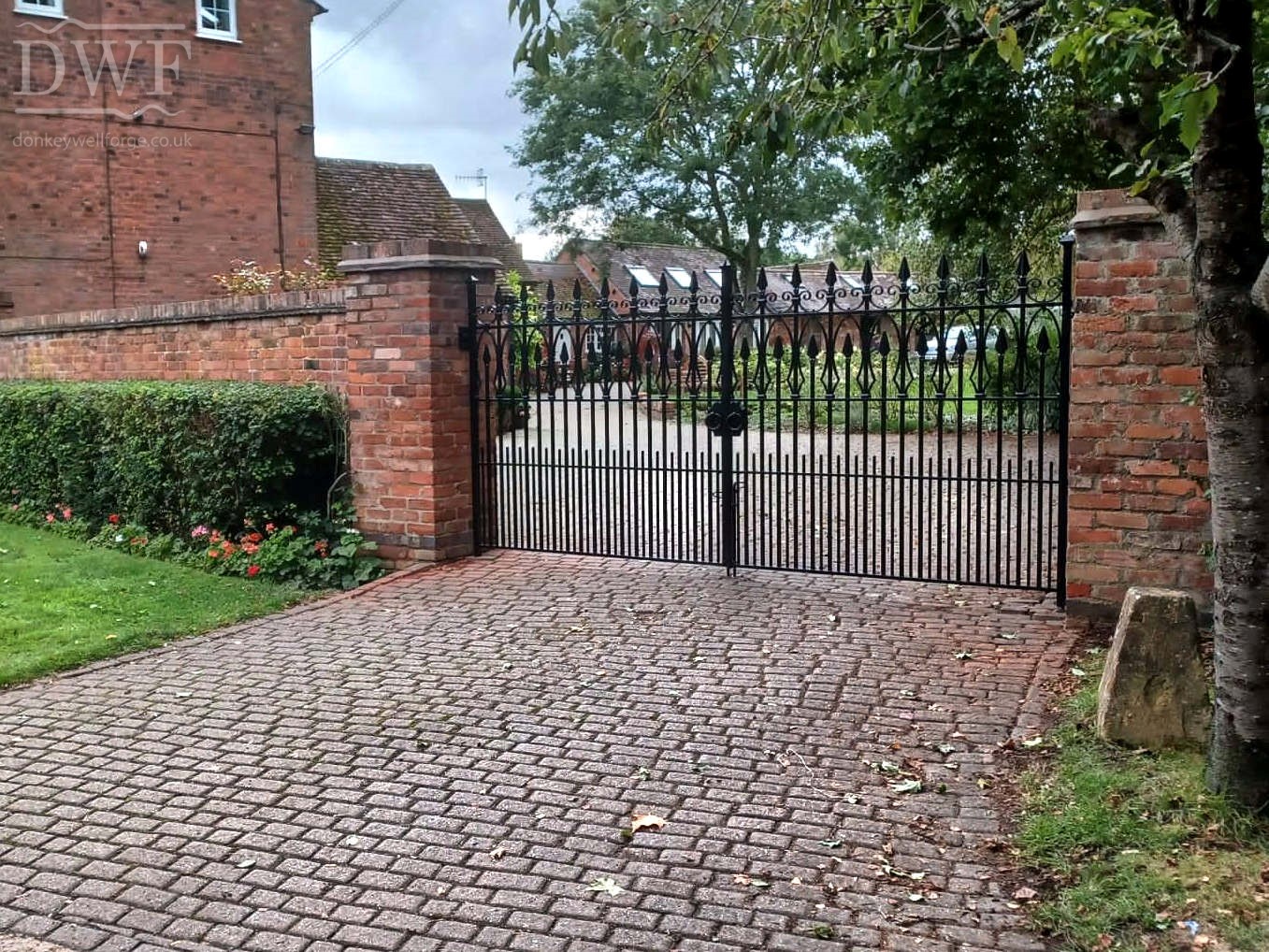 Working closely with a private client, Donkeywell forge produced a design for a set of traditional iron driveway gates which met the brief to enclose the clients dogs and provide privacy and security. Using CAD we produced conceptual drawings and a render to show the proposed gates in situ. Once confirmed we traditionally constructed the gates, fastening the ironwork frame with riveted and tennoned joins, all scrollwork was hand forged and cast iron railheads were produced. The gates were then finished in traditional black. 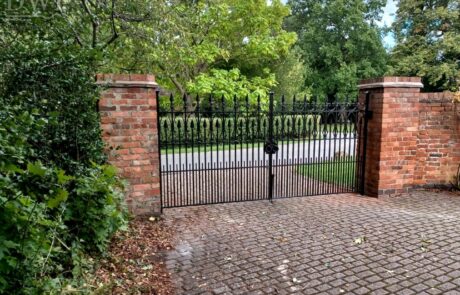 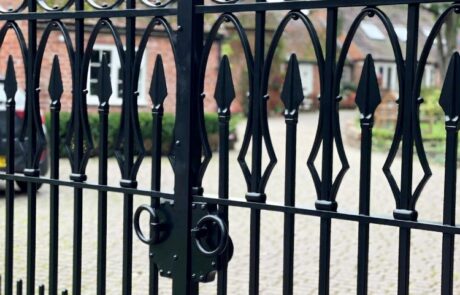 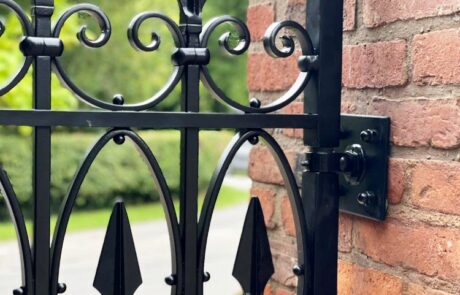 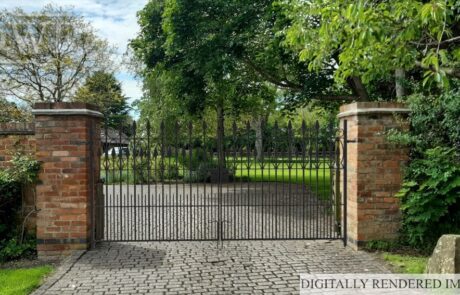 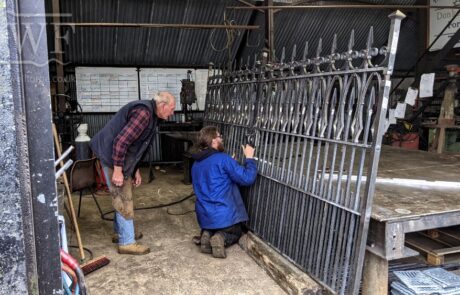 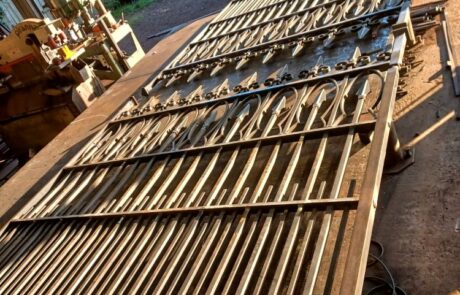